Before we had Quinny, Trigger was our child. Literally, our baby. We got him when he was 3 months old and I wanted nothing more than to spoil and love that little guy to pieces. This is also when I thought he was a dalmatian, but that's a whole other story. He slept in bed with me, I took him to the park, on long walks. When Anth and I got married I was determined to still have him sleep in bed with us. Anth was considering filing for divorce after a couple of weeks. A 130 pound dog, 190 pound man and me (no weight needed mentioning here) did not do so good in a king size bed. So we gave him his own room and he actually was ok with it. 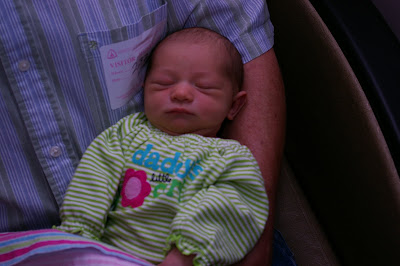 I gave birth to a real baby (sorry Triggs).

Since Quinny poor guy has taken a back seat to our lives. He is an amazing dog, he really is but he is so big he tends to get in the way very easily. Combine that with a crying baby, making dinner, being tired and everything else that can come crashing down on you at any given moment, it usually makes me lose my temper with him, yell at him, and off he goes to his room (which by the way has a queen size bed and flat screen television).  But I always end up feeling awful because I know he is getting older and doesn't have that many years left in him, especially for being such a big guy. So I decided that even if it kills me, I am going to take him for a walk every night. I took him for one last night after I put the baby down and he just loved it. The only bad thing is that this dog is super, super, super protective so I can't go near anyone. If I see someone coming, I cross the street, jump in a bush, haul ass in the other direction. He tries to kill anyone that comes near me, which is all sweet and stuff, especially if I ever get jumped or mugged in this lovely community that I walk him in, but he doesn't do well with the people who stop and gawk at him. Without fail, every time I go in public with him I get the same two things. "Wow, do you have a saddle for that horse?!". Yes, yes I do. I just forgot to bring it today. Or "That's a big ass dalmatian!"  No, sir, you are just a big dumbass.

Anyway, I realize this is all over the place and about a dog, but he is my first baby. The firs live thing that I had ever had to take care of and he deserves a little more loving these days. Inst he cute though?! 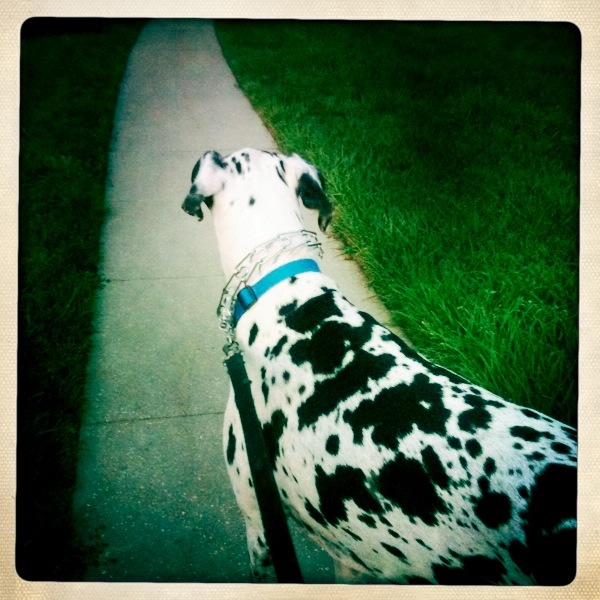 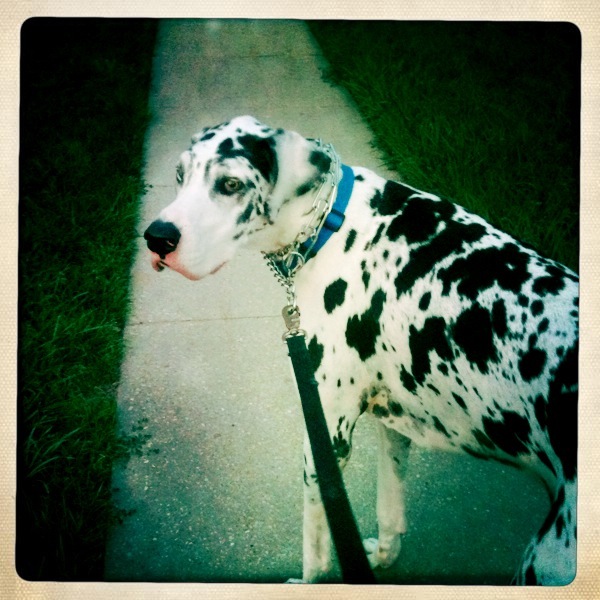