After we said goodbye to our boy, I seriously thought I would never want a dog ever again. The thought of going through what we went through again was heartbreaking. We are such dog people, though and we knew that our next dog would be a shelter dog that needed a good home. We didn't care about age, gender, breed. The more mut, the better! I started goofing around online and just looking at the websites from our local shelters and SPCA. Sure, I wanted to take them all because some of their stories were so heartbreaking. I still wasn't ready to make a commitment. Then I came across this face... 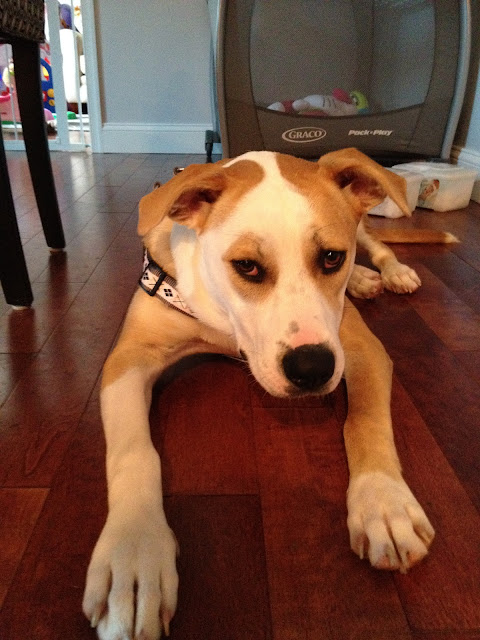 Yeah, I know. She's a cutie. She came from a shelter in Ohio where she was previously beaten and starved. The shelter we got her from said she gained 20 pounds in 3 weeks! They think she is around 10-11 months old and a yellow lab/hound mix. When I spoke to her foster mom she told me that she is very shy, but has zero aggression. She had been adopted a week prior and then was given back because the girl who adopted her said that Reagan "didn't like her". So this dog has had no idea what a loving, stable home was in her almost year of life. Me, being the sucker that I am, wanted to at least meet her. Our application was approved a couple of days later and Anth, Quinn and I drove to meet her. Let's just say that as soon as we rang the doorbell and saw her through the big glass door, we knew. She was coming home with us. She was not as scared as I expected her to be. She would walk by us and then not look at us, but we were amazed that a dog with her background was so sweet. No growling, snarling or anything like that. We took her outside and walked her and pet her...... and then took her home.

We were ill prepared. We had gone to Petsmart the night before and gotten a collar and a leash.....just in case. Everything that we had was Trigger's. It was emotional. Even today, when I go into Trigger's room and see this... 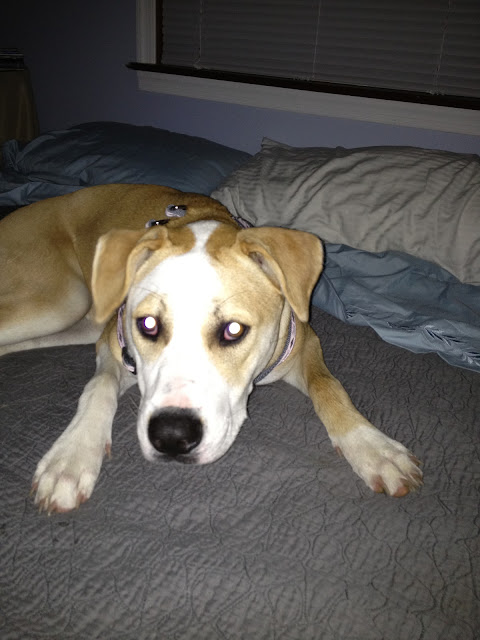 It makes me happy that she has already grown to love us so much and it seems that she feels very comfortable! It still makes me miss Trigger. But I know Reagan will be a lucky dog growing up the way Trigger did. I actually saw in article in a magazine that our vet sends us that said that Trigger was 89 years old in human years when he died. As weird as that sounds, it actually makes me feel good to hear that! He lived a good, long life and I will always have that.

Let's just say that Reagan has had no problem making herself at home! 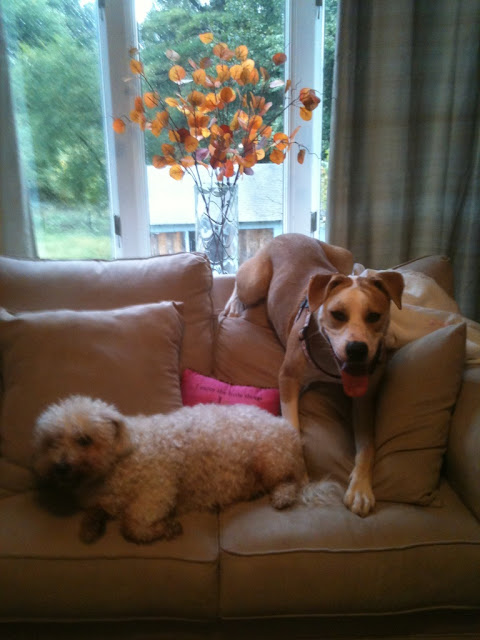 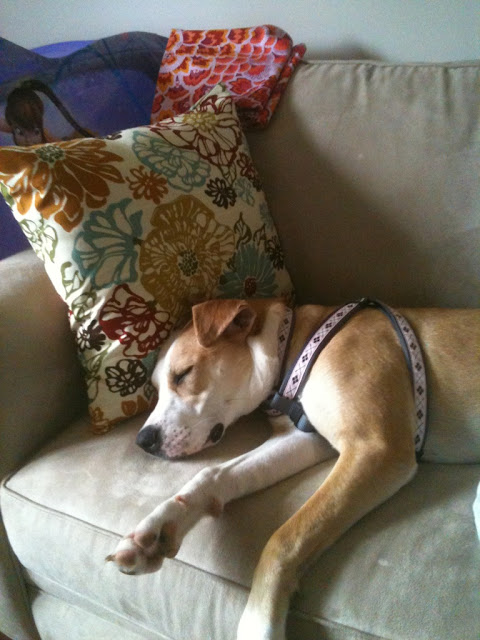 So, while this happened a lot faster than either of us had planned, we feel so lucky to have found such a sweet dog. She has been so easy and fun. No accidents, only a minor incident with Quinn's hair brush :) I like to think Triggy sent us this little angel because he knew we needed her. And he knew we would have been too lazy to housebreak a dog.