It's now Monday morning and I could not be more tired! For whatever reason yesterday kicked my ass. Big time. I was so close to calling out of work today but I put on my big girl panties and actually made it to work  only 10 minutes late.
Quinny had a blast yesterday. We took her to church for the first time in AGES. I was petrified, Anth was mad. But holy baby Jesus, this nugget was an angel. She played with my mom's little coin purse for almost the whole time. Then I bribed her with chocolate and fruit snacks. Because bribing is my specialty, I don't care what anyone else says.
After that we made it to Anth's Gram's house where she consumed more chocolate and jelly beans than I could have ever imagined. She got to run around with her cousins a bit, which made me so sad for some reason. Emma is her oldest cousin, she is 7. She basically walked around with Quinn and made sure she was ok the whole time. Cutest.thing.ever. But her other two cousins who are 4 and 3 were mostly playing together and running around and Quinn was trying so hard to keep up. It just made me sad and it made me want to immediately birth another baby right there so she would have had some kind of buddy. Is that weird?
Anyway, she was exhausted and crashed as soon as we started the car and then of course woke up while we got her ready for bed and blabbed to herself until she fell asleep an hour later. Such a fun one she is.
Here are a few of the 200 pictures I took yesterday.
I hope everyone had a lovely Easter/Passover! 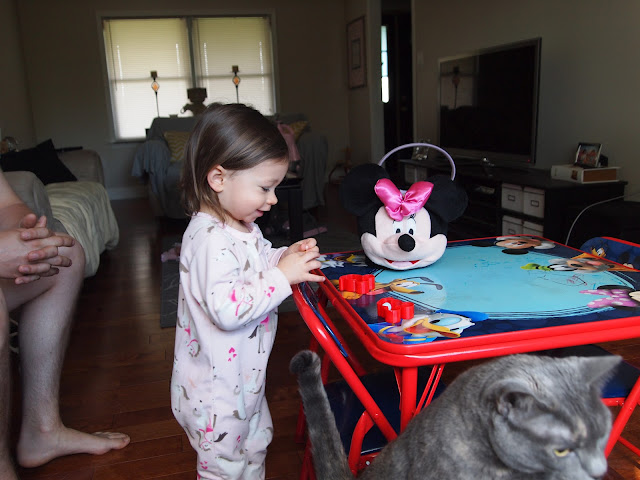 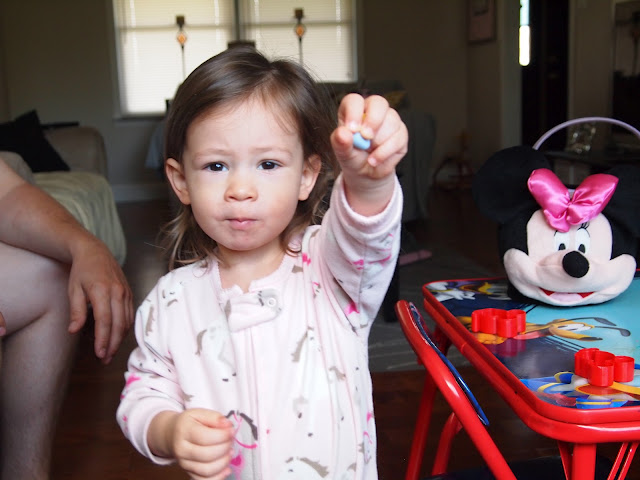 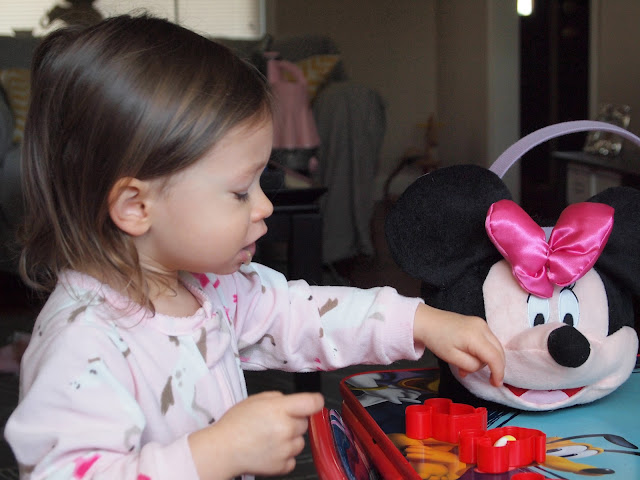 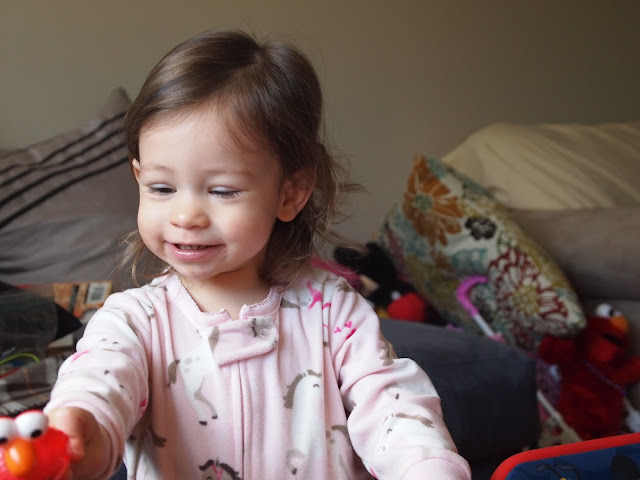 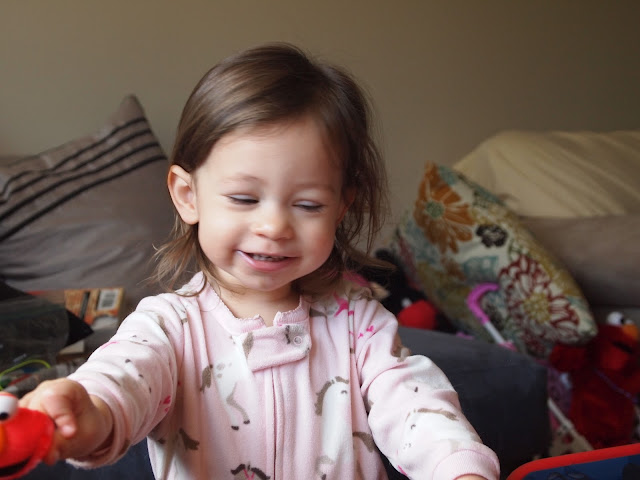 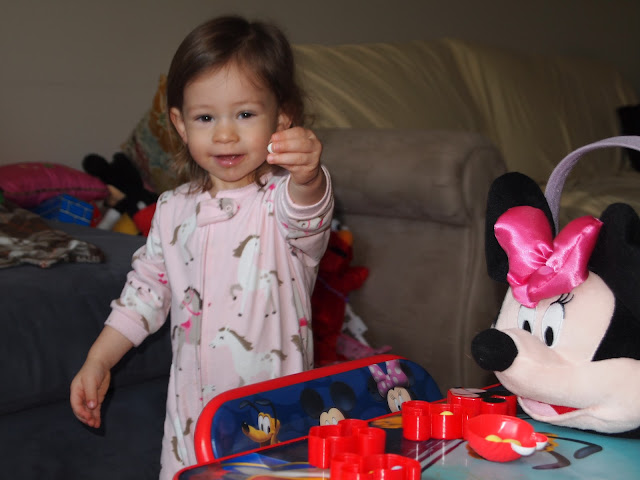 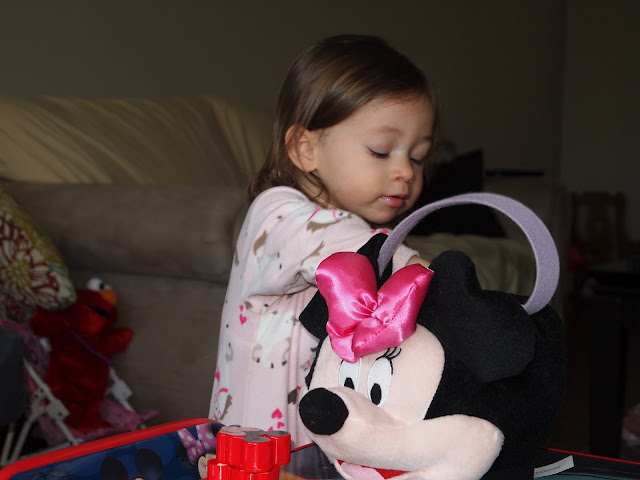 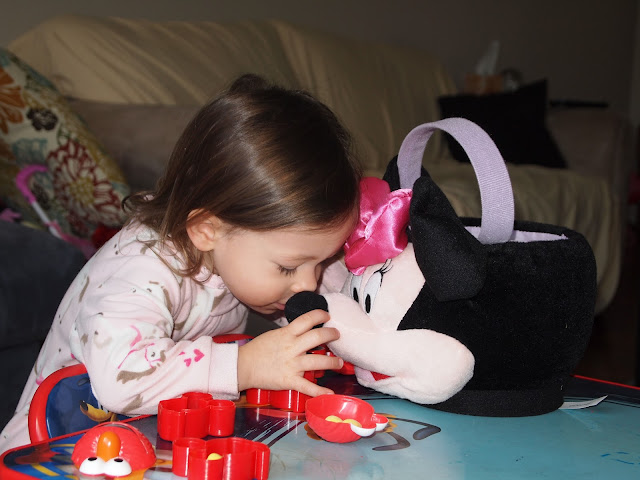 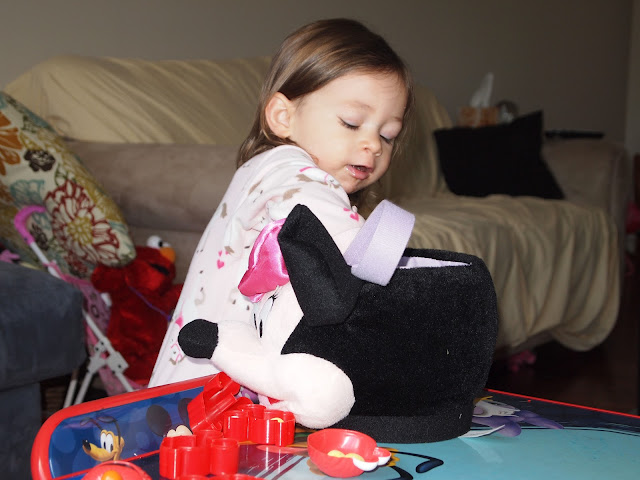 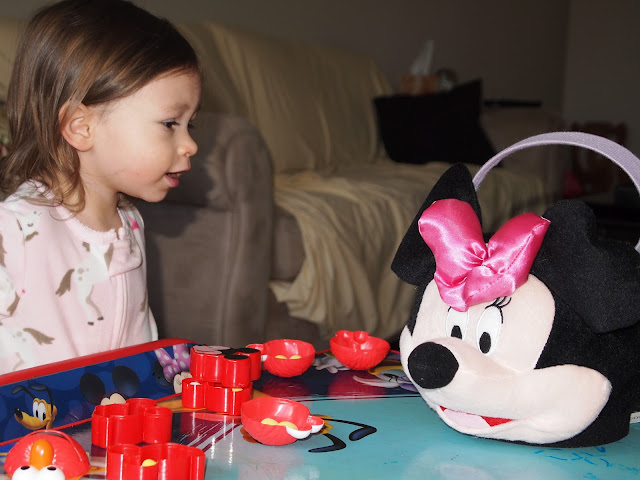 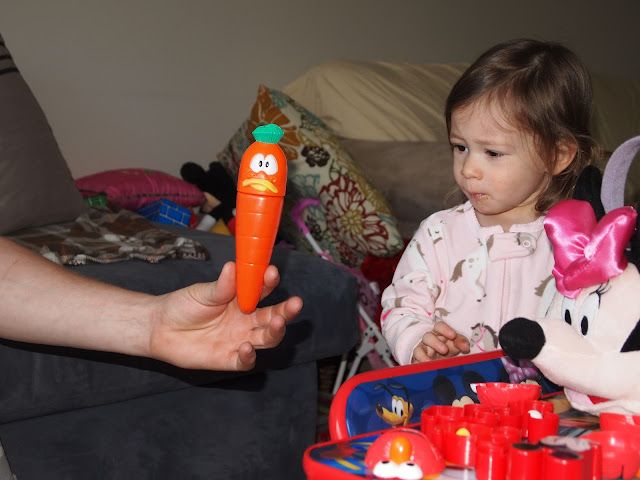 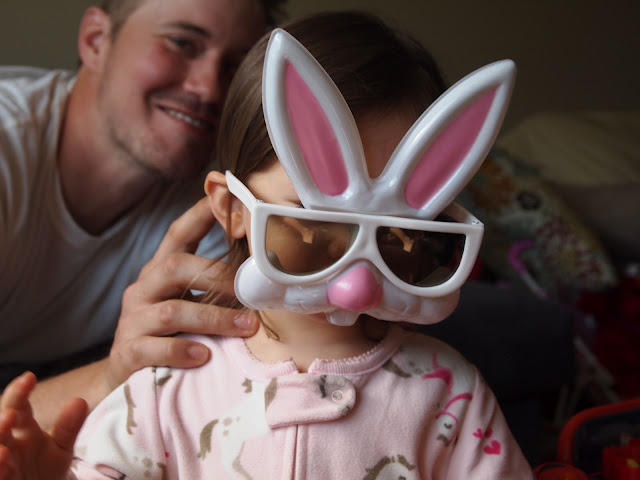 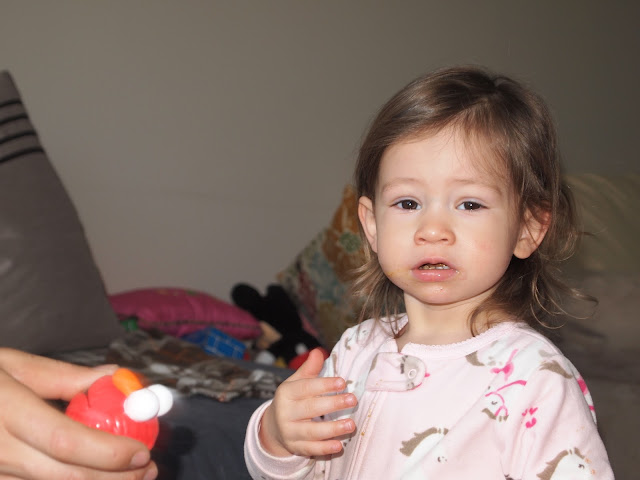 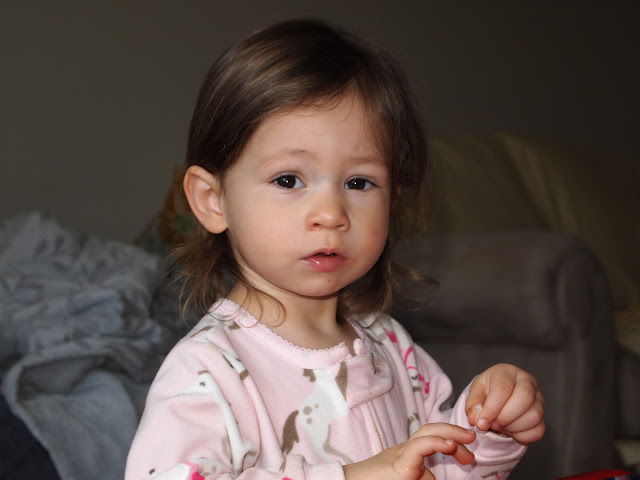 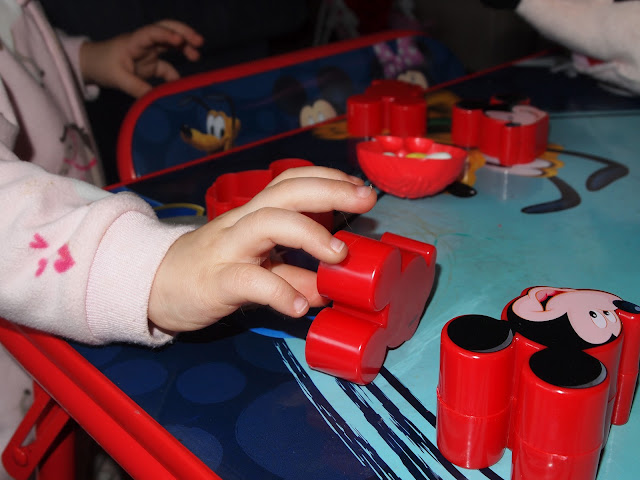 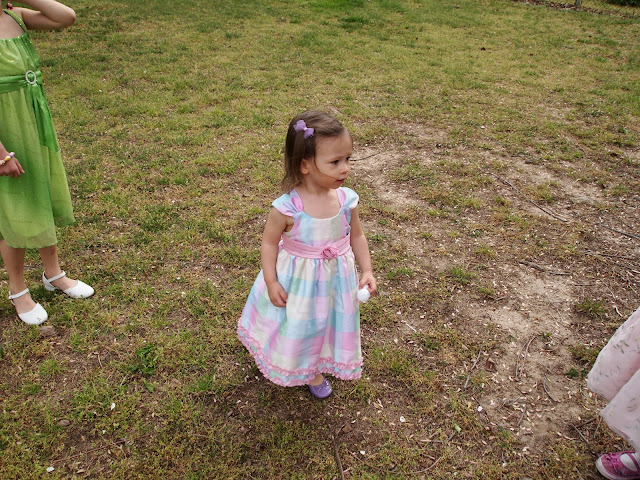 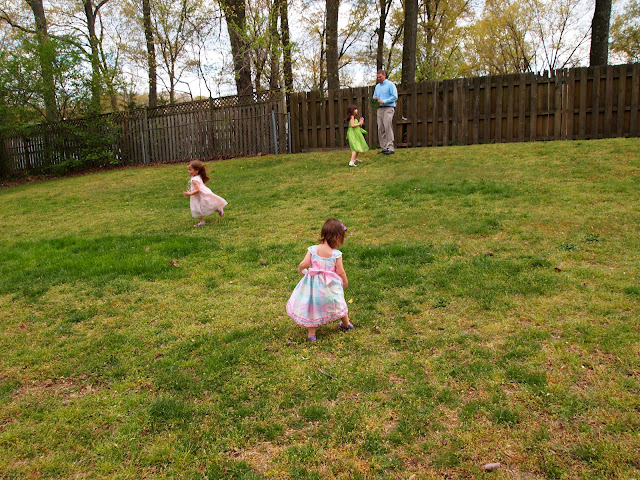 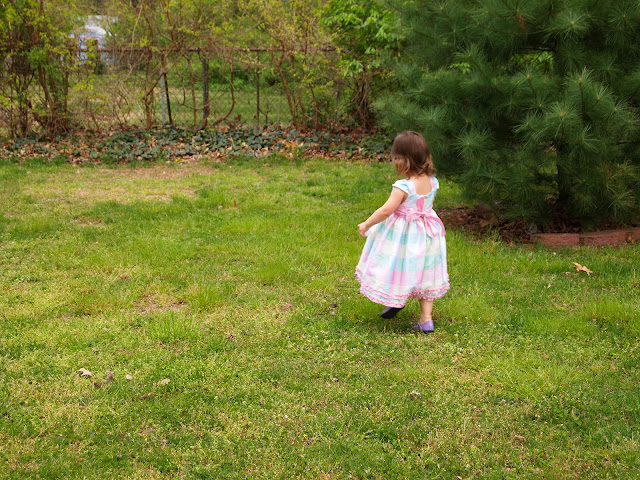 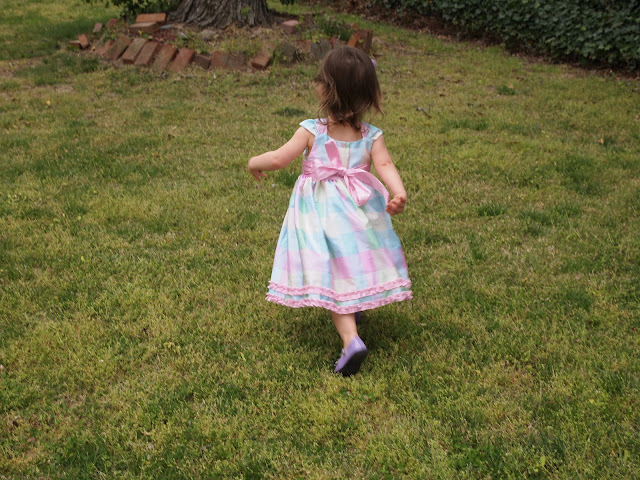 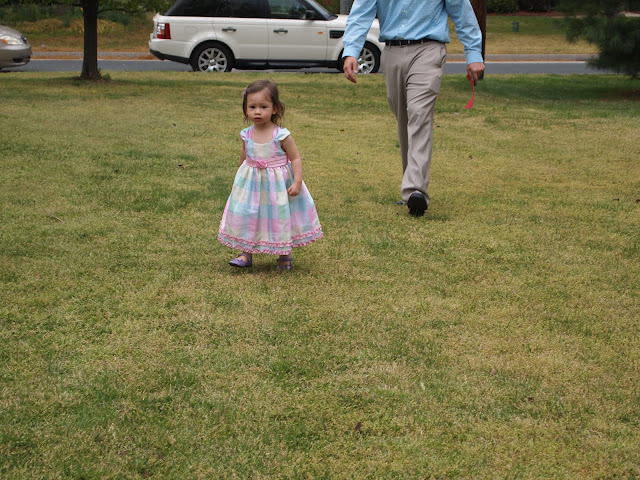 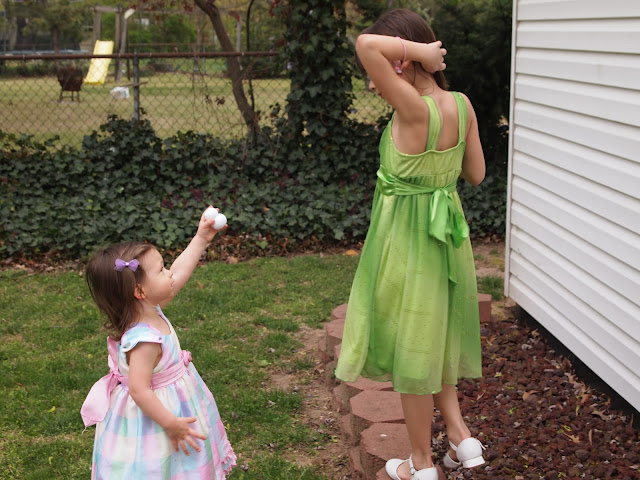 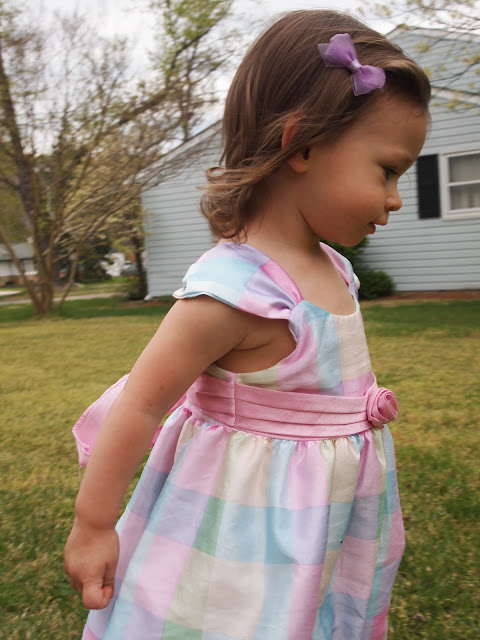 Can I just say that the second I put that dress on her, she twirled around and said "Princess!". I died, right there.
Labels: Easter Family Quinn