An out of nowhere house update and weekend recap

One of the things I loved most about this house when we bought it was the wrap around deck (it wraps all the way around to the front). What I didn't love? The warped, shaky, ugly wood it was made out of. You know. The fear of dying when you stepped on it wrong. 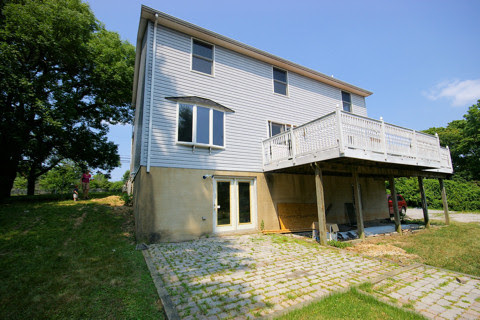 Here is a closer look at the disaster that is our deck. And I won't even lie. The end to the right which you can't see in the picture may have had zip ties holding up part of the railing... 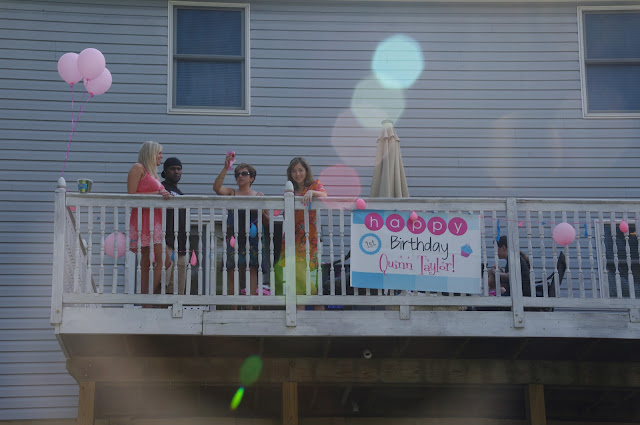 So being that Quinn's party is in oh, 3 weeks, Anth decided to do this.


We then priced out some options and found that 84 Lumber had the best deal. Anth did everything online, received a phone call a couple days later and the wood arrived the next day. It was pretty quick and I think Anth was really pleased with how everything worked out.

Please ignore the disgusting pool in the background...we are working on it!

So this is what we are working with...

Anth and his dad spent the weekend ripping everything off and starting from scratch. He hopes to have it done by Wednesday, but we'll see! And after a couple of weeks of working days again, got put back on nights for this week. So needless to say he has probably lost 10 pounds and will sleep from Friday until Sunday this weekend. And I will let him because it is Father's Day weekend and I am awesome like that. 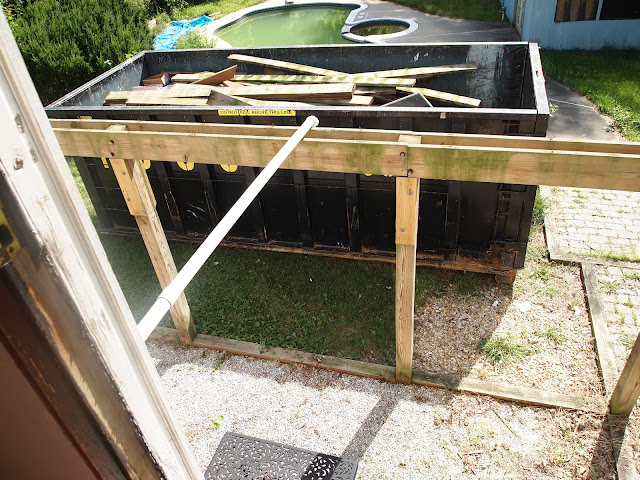 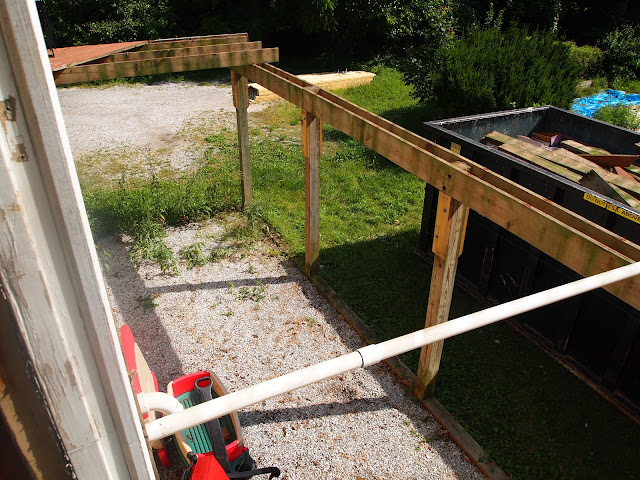 We only planned on doing the back part of the deck for now and then get the rest of it replaced maybe by the end of Summer.

So that was our weekend in a nutshell! While the men were working the nugget and I spent all day yesterday at a work BBQ where she managed to do this to herself: 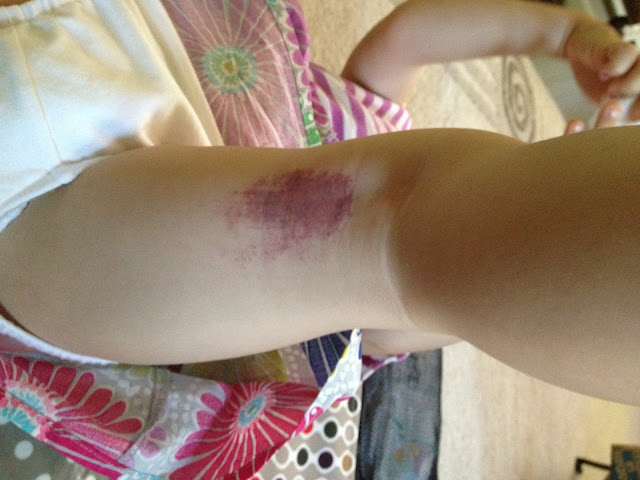 No clue how she did it, although I think it she did it on these wood stools she was playing monkey on. No cries, whines or anything. Tough little kid.

Oh! And guess who attempted to make curtains this weekend?! That's right. This crafty girl. 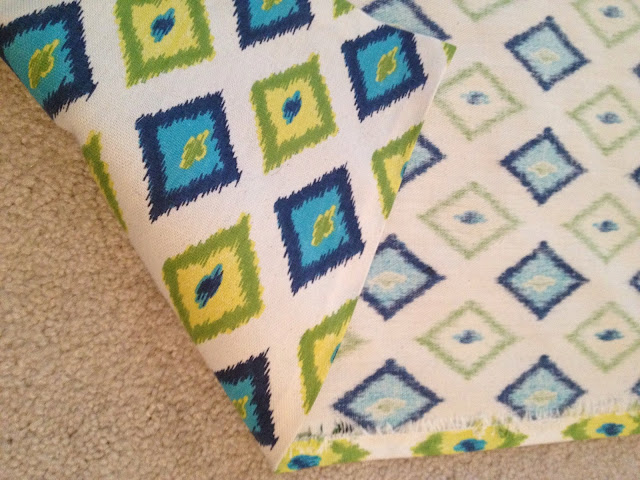 I will have an update on these as soon as I hang them, which I have been too lazy to do.