Some furniture re-dos / a mini office!

I have a small hoarding problem when it comes to furniture. Beautiful Pinterest projects dance across my head as I leave them to rot in the garage until the husband screams gently reminds me that they aren't going to paint themselves.

We inherited this desk from Anth's family when his parents were re-doing their basement and getting rid of a bunch of things. Only later did we find out it was his grandfather's desk as a child! Bonus. I am a sucker for anything like that.

So it was an adorable little desk, nice and sturdy with pretty little details. I had pretty visions of crystal knobs and either a pretty pale yellow or tiffany blue.

But what did the husband want? Green. Not a pretty emerald green, or anything like that. A Christmas tree green. So being that I am the nicest wife in the world, I decided to give it a shot. 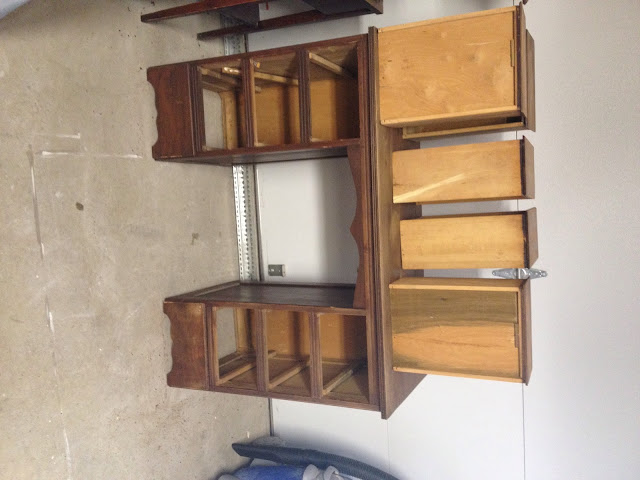 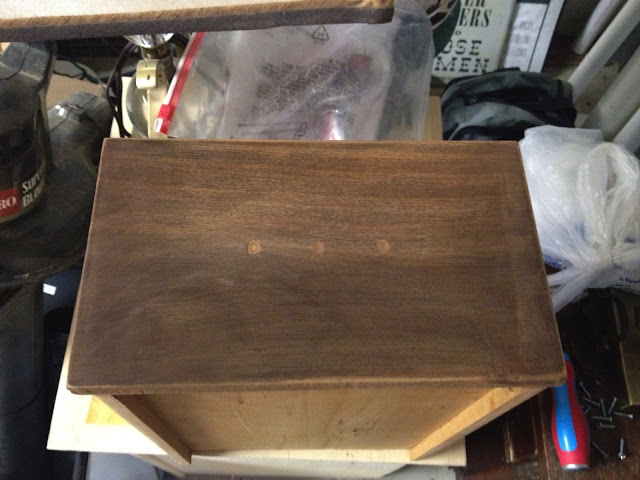 First I filled the holes with some wood putty and sanded those puppies down. 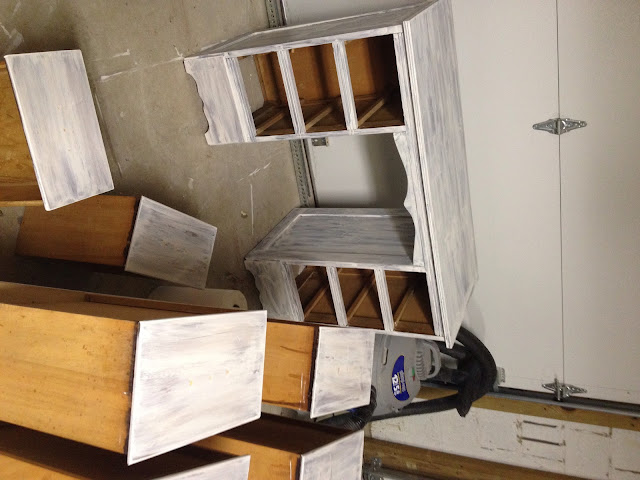 After giving the whole thing a coat of primer, it was time for the green.

I will not even show you pictures of the disaster that it was. It was not happening. Sorry hubs.

So after another coat of primer over the green it was finally time to paint. I went with "White Raisin" by Sherwin Williams.

Only a few (ok, maybe like 5) weeks later, I had a couple of coats on this little guy. 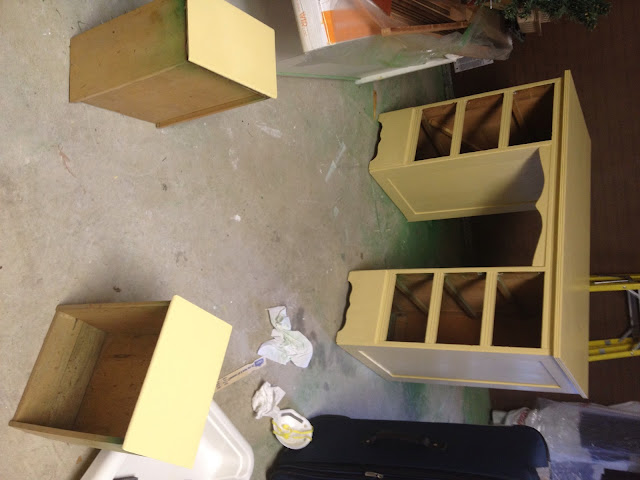 I decided I hated how unfinished and gross looking the insides of the drawers looked so I painted the inside white and thank goodness.....it looked a million times better. I also plan on lining the drawers at some point, but the lazy kicked in and I called it a day.

Here is the beauty after Anth put the new knobs on and hauled it upstairs! I had gotten this little gem at the Goodwill for cheap month ago and thought it would make the perfect pair.

Ps. It was so gross. There were actually 2 layers of fabric on the chair, and the one underneath was what the fabric should have actually looked like. It was cream. Not the gross brown shown below. And I had a perfect little chair for the desk. Unfortunately I didn't bother measuring to see if it would fit underneath of the desk. Which it doesn't. But hey. The cat enjoys taking naps on it so I will count it as a win. The fabric I got from Spoonflower, called Birdhouse.

So that officially cleared out our guest room/office to make room full a playroom/guest room. Or playroom with a futon.

And turned a corner in our kitchen/eating area into a nice little office nook! I also like to think of the babies when they get older because I love the idea of having a computer for them to use out in the open where I can see every little detail of what they are doing. Haha....just kidding. Not really. Anyone else love painting/spray painting things as much as I do?