Potty Training. Crap that was easy. Let me just say that few things terrify me when it comes to motherhood. I mean truly terrify. Of the few that do? Teenagers, throw up, getting rid of the paci and potty training. And teenagers driving.

I have no idea why I thought potty training was going to be such a horror, but I had it in my mind that Quinn was just fine in diapers and she would hate it. So a few months ago, I decided we should get on it already and just give it a try. I excitedly went to Target and bought all the Dora, Mickey and Princess undies I could find.

We even had bought this cute little guy a while ago and sat it in the bathroom so she could get used to the idea of having her own little toilet. 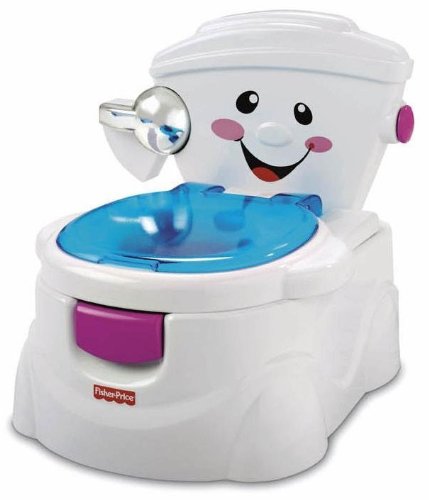 I read everyone's advice and suggestions and on Day 1 I decided I would just go cold turkey, put her in undies and stick her on the potty every 5 minutes in between annoying her with "Do you have to go potty?! DO YOU!?"

Let's just say I had to change her twice before even getting her downstairs for breakfast.

And while having a minor meltdown in her booster chair, proceeded to pee all over her seat and floor.

It was a long day.

So, the next day (a Saturday) Anth was home to help me out with her and after having similar results we decided to buy some Pull Ups. Pink, beautiful, princess Pull Ups. I think we bought the kind with the "cool" sensation that they are supposed to feel but I honestly don't think they make a huge difference. They were basically just to help my sanity in cleaning layers upon layers of clothes, furniture and floors.

It literally took the rest of the weekend for her to "get it" and she has been golden ever since. Seriously, I don't know why I was so petrified, but she has taken to potty training so well. I was really nervous for Monday to come and how she would do with my mom, but she did great.

I think she spent maybe 3 days in Pull Ups before we put her back in undies. I realized it made a huge difference to let her pick out her own undies for the day. Don't know why, but I go with it. Now we only use Pull Ups if we are going to be in the car when we know she will fall asleep or really long outing where we know restrooms will be limited (aka: the Pumpkin Patch). We still put her in diapers at night and for naps, because I am in love with Pampers Sensitive diapers and the Pull Ups seem to irritate her a little if she wears them for too long.

Now, if you know Quinn, you know she has her father's insides. As in, girlfriend has some digestive issues. As in her whole life she has been pooping maybe 3-4 times a week. (I am pleased to say that after cutting back on some milk and making her eat prunes everyday, she is happily pooping almost every day, if not every other day. Miracle.)

All that to say POOP IN A TODDLER POTTY IS SO GROSS. Anth thought I was an utter moron because I could not get over how "real" (haha) it looked in the toilet. Anyway. She seemed to not mind at all pooping on the toilet and we quickly discovered the magic of these:

As in, get her used to this so I can just flush those bad boys down the toilet. Again, she did amazing. Especially because we let her flush the toilet herself and she happily says "Bye bye poo poo!" every time she does it. Now we use these almost exclusively. Which is heaven.

{A hilarious read about public restrooms and children.}

So I went to Babies R' Us fully prepared to buy anything and everything that would help me. I came out with this: 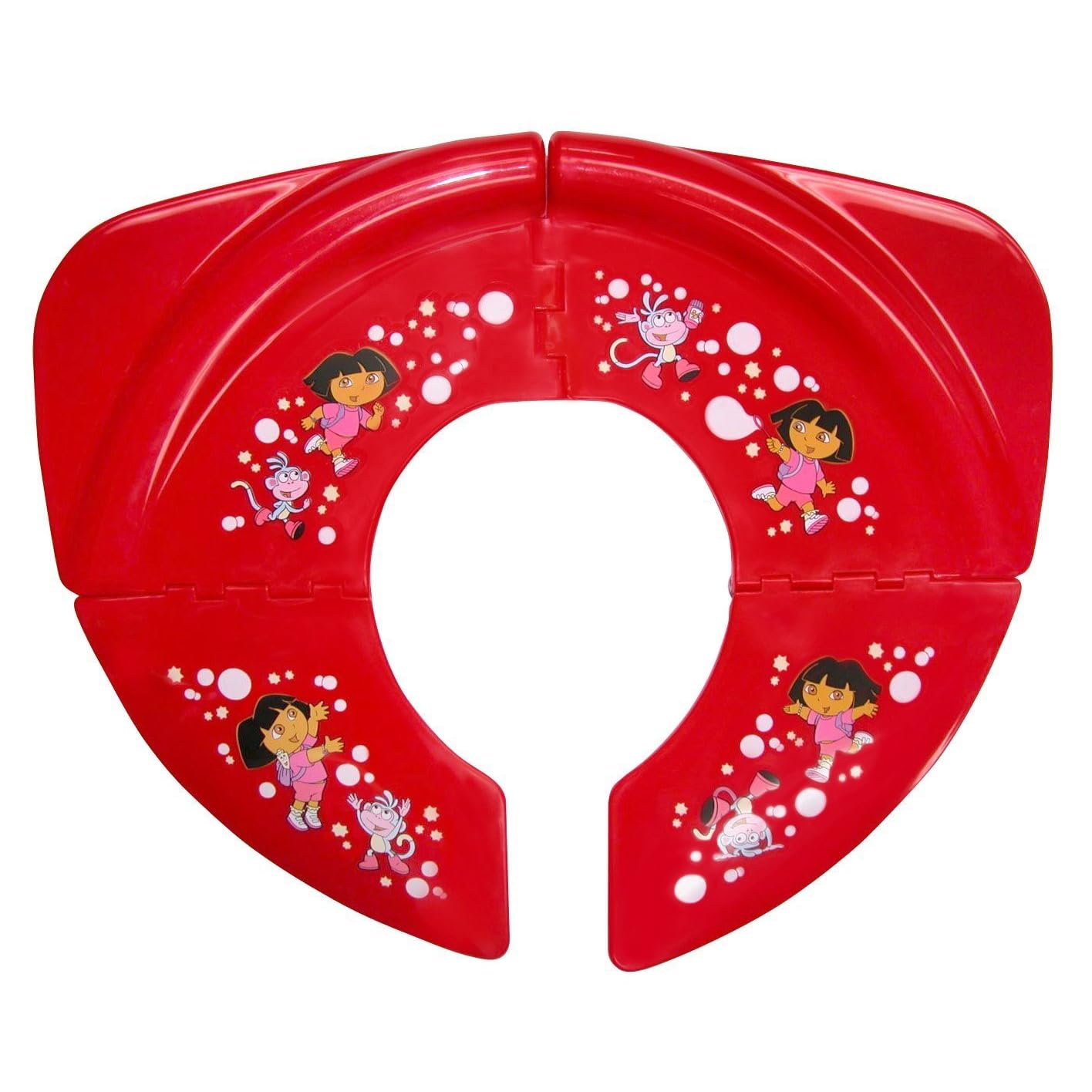 Seriously? A foldable potty that is both Dora and pink?! (It is in fact pink, I don't know why it's showing up all sorts of red.) It folds up into a tiny little square and fits perfectly in the diaper bag. I was in love and it was like $10 or something ridiculous. In addition, I also found those toilet seat covers, which I put underneath of the toilet. This is my public restroom survival kit, along with boat loads of hand sanitizer while screaming "DON'T TOUCH A THING!" You know what these do not help? A 6 month pregnant woman trying to enter a stall with a 28 pound toddler and diaper bag.

I also made a trip to Buy Buy Baby for the first time a couple of months ago and found even larger covers. Which reach all the way down to the floor!

Woohoo! This is what my life has come to. The excitement of these covers isn't matched by much else. 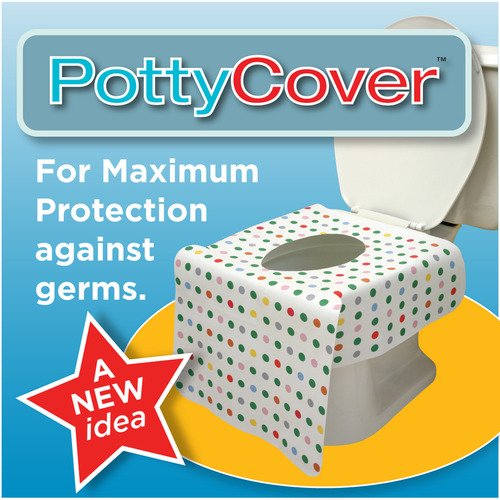 So that is our (long) potty training journey! My advice to anyone about to embark on such an adventure is to not take anyone's advice and do what works best for you. Trial and error people. We have had probably a handful of accidents in the few months she has been potty trained. Unfortunately she has learned the vindictive behavior of purposefully peeing her pants when she's really, really upset. But other than that, she has been such a miracle baby. It makes me so sad to think of her as such a big kid, but I love every piece of her. She never fails to amaze me!


*Having written this post a while back and planning on posting it today, my child would have the biggest accident of her life right on my couch because she was too into Beauty and the Beast. *sigh*