Well, we all know I've been on this bandwagon before. Lose weight, gain weight, eat good, eat an entire cake.

Such is my life.

Anth and I have been making a real effort to get healthy. Notice I didn't say "lose weight". But hey. I won't say no to that. He joined the gym that I work at and we have both been working out like crazy. I will officially dislike him forever as he complains about being out of shape yet he always looks buff and handsome. {3 snaps honey} Also we ran a 5K, he took a bathroom break and still beat me.

Working out has never been the problem. We both enjoy it, I think being former athletes it just comes easy to us. Eating is another issue.

We usually eat pretty healthy, but we are a family that loves carbs. Especially the husband. Mac and cheese, mashed potatoes, RICE. {My Peruvian mother made rice with every meal growing up. No joke.}

Now that has been replaced with veggies. Lots of veggies. Anth still loves his carbs, but we eat them more moderately.

Also? Make these! We are obsessed with protein anything at the moment and made these this past weekend. They are awesome! We used flaxseed instead of chia seed and they almost taste like peanut butter fudge.

Bonus to a healthier lifestyle is I officially weigh less than I did when I got pregnant with Harper. sad part is I still need to lose the 10 I gained right before I got pregnant and then maybe another 20 off of that. Baby steps Andrea.

Mother effing running. Let me just preface this by saying I am not a runner. I started running about 3 months ago in preparation for a 5K that Anth and a couple of our friends signed up for. It was great motivation to actually get out there and make an attempt. It was a great experience and I ended up running it on around 33 minutes I think? Definitely room for improvement but I was happy with it.
I can officially say that I don't hate running as much as I used to. I've changed my outlook completely on it. It gives me a good half hour to myself with just my music. It's become more necessary.
Don't get me wrong, I still would prefer a cycle class any day of the week but it's made me feel pretty good and I don't dread doing it like I used to. And also? Buying cute workout clothes will totally help :) 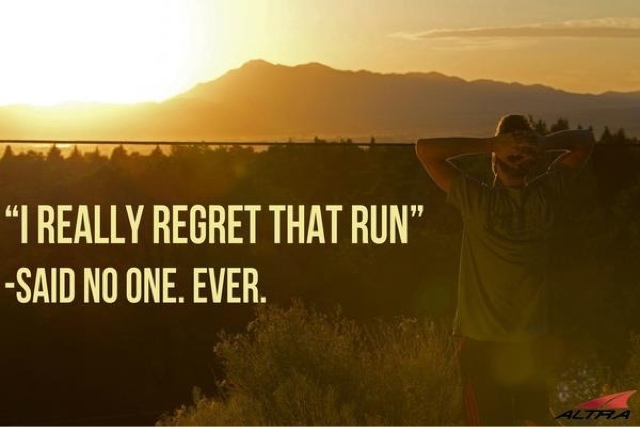