My first 5 miles: Notes from a running hater

Running. I am just going to preface this by saying that I have never enjoyed running. Hated it, really. I played basketball for almost 10 years and I loved (almost) every second. The running is what I hated the most. Weird, isn't it? I don't know what exactly it is I hate about running. I was never great at running on a treadmill, unless I had all the season of Sex and the City on or something like that. Running outside was a little better, but the problem was I would just get bored. 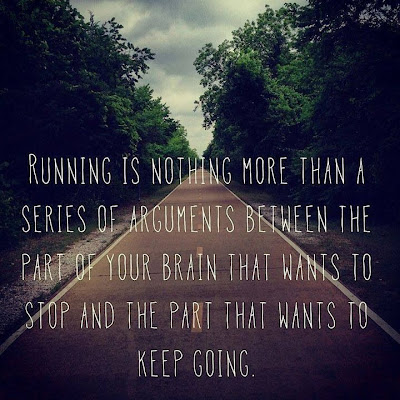 My bestie Colleen and I decided a few months back to sign up for a 5K. To say that I poorly "trained" for that was an understatement. I walked some of it, and my husband, who had trained just as poorly as I did, took a bathroom break, stopped to walk with me at the end and still beat me. I ended up running my first 5K in 33 minutes and some change. Not awful, no. But I felt pissed. I consider myself an athletic person. Which is a totally different story after 25. But that's for another post.

I guess it didn't help that I also had a 3 year old and a 5 month old at the time, but it was very eye opening. I absolutely hate being out of shape. Hate it. So we signed up for another 5K and I started to take it a little more seriously.

And believe it or not? I stuck to it. Not as great as I probably could have, but definitely an improvement. And holy shit. I started to enjoy it. If I could sum up running in on sentence it would be this: 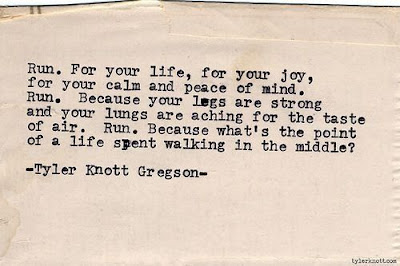 If I go on a run and I walk out the door planning on hitting a certain time, or speed....I hate every second. It's those times I walk out the door just wanting to enjoy a really nice day, get some exercise and just get away from the daily stress that seems to come with being a stay at home mom that I seem to do "my best." It's those times I drive to our beautiful local park and just run. Enjoying the people watching, the nature. 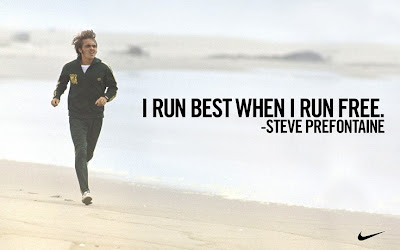 It was that time that I actually ran 5 miles. 5 MILES! I know what you guys are thinking. That's really not that serious. But for me? Huge. The fact that I didn't walk a second of it, the fact that I probably could have kept going. It was awesome. And it made me want to keep going. Although I did make it to my car and all of a sudden my knee and hip were throbbing. (How am I not even 30 yet and my hip?!) My biggest tips would be drink some water. I would take a few quick sips every couple of miles and that was enough for me. Change up your music. This was huge for me. I had a playlist on my phone for running. Well after a few runs that play list got very boring, very quickly. So I used Pandora's Pop Fitness station and that worked out perfectly. Dress comfortably, especially for the weather. This includes your hair. You don't want to be running and having to continuously adjust your bun, or pushing hair out of your face. Other than that....just enjoy it. Enjoy the fact that you are alone and have some peaceful time to yourself. Go over some to-do lists and make peace with something that's been bothering you. Just go.

Anyway, from a former runner hater. It's all in your head. I can't stress that enough. If your mind isn't in it, you won't make it far. Clear your head and go. 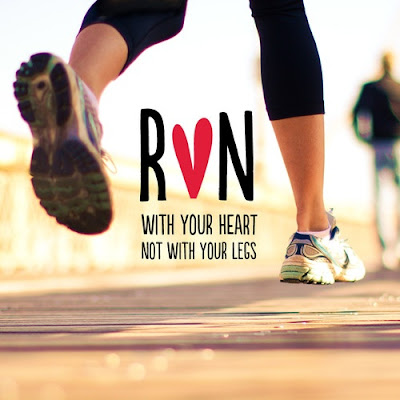 Here's to a hundred more miles.