My Experience with CrossFit

This past November, I begged and begged my husband to let his stay at home mom of a wife join 3 months of CrossFit. "PLEASE! It can be my anniversary/Christmas/birthday present!"

Being that my husband is awesome, and probably just wanted me to shut up…he agreed. All while making it crystal clear that it would end after 3 months. I totally agreed because while I wanted to badly to try it…. I also knew we were basically living on one salary and I didn't want to suck out all of our family fun money. I just wanted the experience.

I first was intrigued by stumbling across the Crossfit Games last summer. To be honest, I just thought it was pretty awesome that these people could handstand walk across what seemed like a football field. The huge weights kind of scared me, but just the thought of someone being crowned the "fittest person on earth" was kind of insane. So I watched. And I watched and I just knew I had to do it. Like, I had to do it. 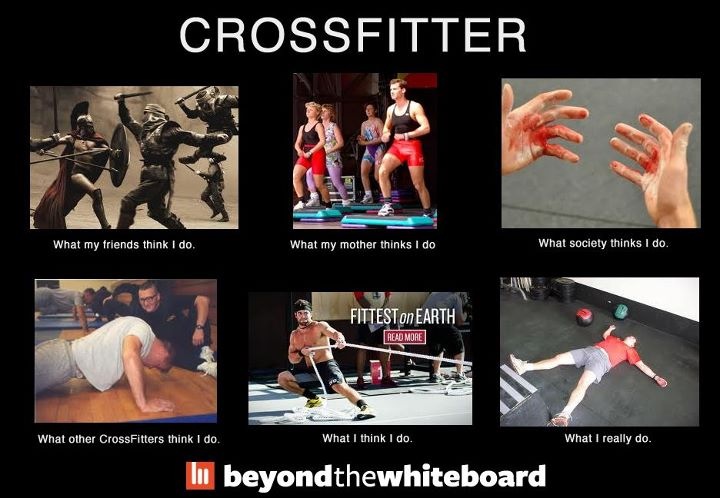 I also had just had a baby a few months back and I thought there just can't be a better way to get into shape than this?!

So… I did my research. There were about 4 different CrossFit "boxes" near me and picked the one I liked the most after my research. I finally got the balls to make the phone call and schedule my first "fitness evaluation". At this point I had been working out pretty consistently. I had just started running, was regularly spinning and taking Body Pump classes. I thought I was in decent shape.

Well, that was not the case.

Until I was asked to show them how I did a push up, how I rowed and how I squatted. It was then I learned that this was going to kill me. So to sum it up, I will just say it sucked. I realized I literally had no abominable muscles and I hated ab mat sit-ups. I left feeling a little angry and signed up for 3 months. And that was a stretch because the truth was… we couldn't afford it. 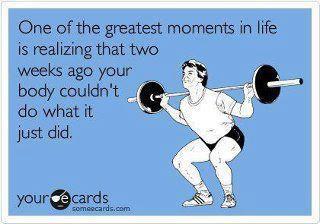 But I got through it, thanks to some awesome people and great coaches. And you know all that crap you hear about CrossFit and the community and how awesome it is and it's so different from anything else you've ever done?

Some of my best memories come from my years of playing basketball and being part of a team. The families, the traveling, the competition. I loved and I still do miss it. This was like that but better. Because you really are competing against yourself.

I got over my fear of large weights, and this is by far the thing that surprised me the most about this experience.


The feeling of getting stronger is a feeling that really can't be topped by much.

Week after week being able to to and lift a little more than you could the weeks before. That is a feeling that I think is responsible for so many people getting addicted to CrossFit. Never in a million years did I think I would enjoy loading a bar as much as I do. Although I will say that anything overhead still scares me. Snatches? Still scare me. But in a good way. In a way that I only want to improve and get better as time goes on.

Since my three months ended I have been trying to do my best to keep up with whatever WOD I can do. My husband has turned our too large for our own good pool house into a CrossFit garage. A bar and some bumper plates, rings, a jump rope, dumbbells, and anything else we can use. I'm lucky he enjoys working out and already had a lot of the things I needed. My one day a week job at Gold's lets me use all the things I don't have at home like kettle bells and wall balls. Growing our garage and slowly buying everything we need is exciting. I know someday I will hopefully be able to make it back to CrossFit Syndicate, but for now this is perfect for me and my crazy no-free-time mom schedule. And I get to do it whenever I want which is awesome. Even if it's busting out 20 squats right after putting the girls down for a nap and finally squeezing in a shower. The best part is my husband has jumped right back into his fitness bandwagon. So it's a nice form of friendly competition and motivation. And by competition I mean just working out, because he is obviously a fitter human than I am.

So for everyone that has negative things to say about CrossFit (because let's be honest…how many people have you heard trash talk something they've never even tried)…. I've never heard anyone who has actually tried CrossFit say anything negative about it. So my advice is I know it's expensive and I know you can find a million other reasons to not try it. But the experience was life changing for me. As stupid and dramatic as that sounds. 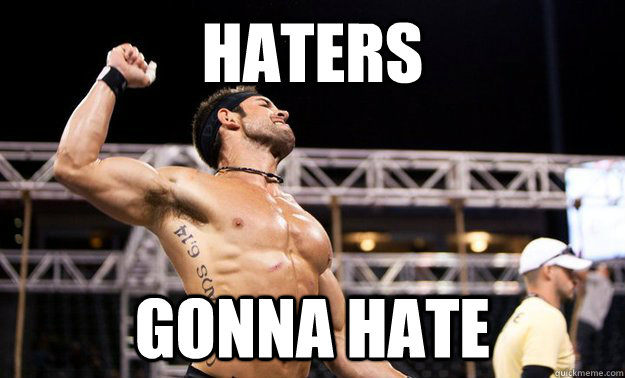 Anyone out there do CrossFit?! Was it as addicting and eye opening as it was for me?
Labels: crossfit fitness Health