Quinn was well over 3 when we finally decided to take the front off of her crib and transition her to a toddler bed. Not long after that we decided the poor thing needed something bigger, so we upgraded her to a twin. She was amazing and super easy. We had a few phases of getting up too early, but those were easily fixed with one of those stop light alarm clocks that she still uses to this day. She is a dream child when it comes to transitions. The paci, potty, big girl bed have all been easy peasy with this child.

I love this child. Let met just say that her sweet little face and hilarious personality makes it really, really difficult to ever be mad at her. Which is different than Quinn because hello? First child. {Sidenote: I can't even handle the thought of the third and rules!} Harper has a very good way of sneaking in a "I sowwy, Mommy. I sowwy. Love you more!" and then you just forget completely why you were even mad at her to begin with.

So a couple of weeks ago my biggest had to have a filling done (I will update on this a little later!) and because of the laughing gas and all that I told her we could take a nap together that afternoon. So I put Harper down like usual me and Quinn make our way to my bed for a much needed snooze. Harper would not go to sleep for some reason, but I usually just leave her in there for at least an hour even if she doesn't nap. So Quinn falls right to sleep, as do I..... and next thing you know I see my two year bust through my bedroom door saying "HI MOMMY! I DID IT!"

Awoken from my peaceful slumber I was utterly confused. I ran down the hallway thinking I was going to find something that would tell me how the hell she just managed to escape her room. Then I realized... "NO, NO, NO did she just climb out of her crib?!" She was as happy as happy could be, seemingly so proud of herself. I checked her over thinking she could have hurt herself, but she seemed totally fine.

So for the next week we wold watch this little turd wake up, throw her things out of her crib, climb right out and make herself comfortable in her room.


So it's been a few weeks since we've transitioned and I can say the 6:00 wake ups are getting less and less. We put a bed rail on, and a gate on her door, so she will just hang out by the gate until I am functional in the morning. Good thing is I usually find this in the morning and it gives me a few more minutes so I can brush my teeth and splash some water on my face. 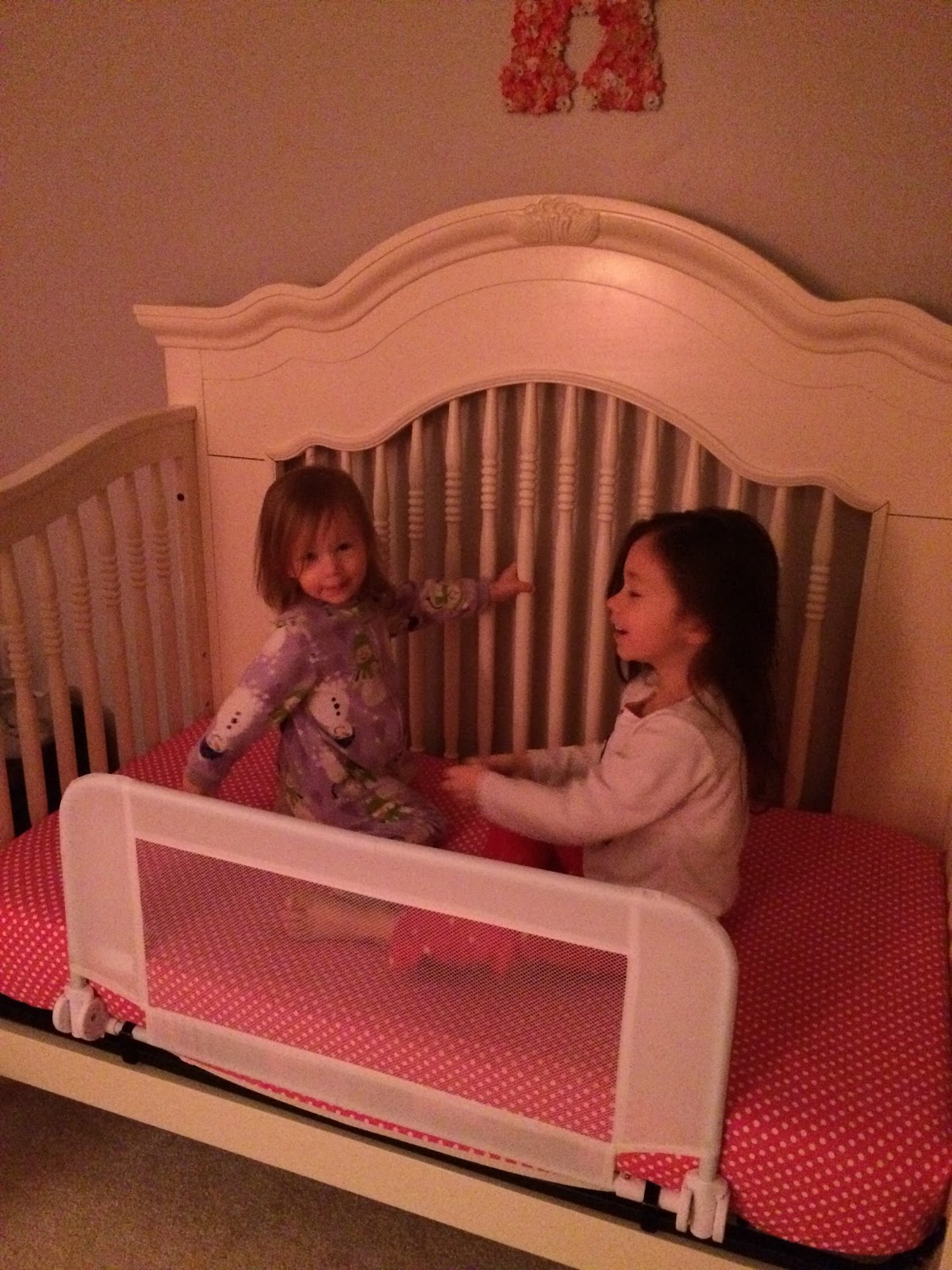 So while my hope of keeping this kid in a crib until she was 5 was ruined, I am glad she decided to do this before the baby comes and that would have been insanely torturous.

Keep on, Harper Grace. Keep on.