With Halloween tomorrow, I thought it would be a cute idea to take a trip down memory lane. I will never forget the excitement of Quinn's 1st Halloween. We were brand new parents, living the good life and didn't mind spending more than $10 on a Halloween costume. (Am I the only cheap one that hates spending serious money on these?!)

I was so excited to make it a family affair, so naturally Daddy was a Sugar Daddy, I was a Tootsie Roll and so was my littlest nugget.  Also, it shoes just how much better our photo quality has gotten over the years! 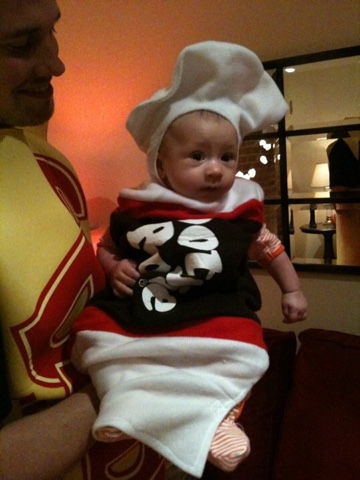 She was a trooper. I remember waking her up for this picture! 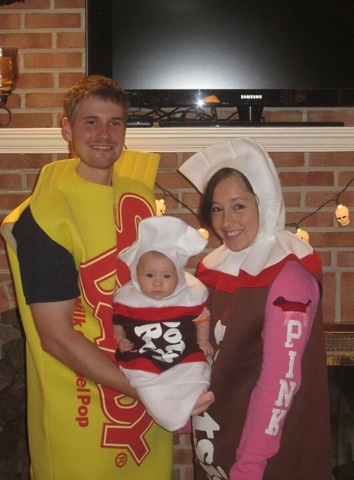 ahhh. babies.  all three of us.

The year after we decided to throw Reagan into the mix. She was thrilled. We had just lost our Triggy and adopted her a couple months later. She obviously would have preferred a life on the streets.  But how cute is that little monkey?! 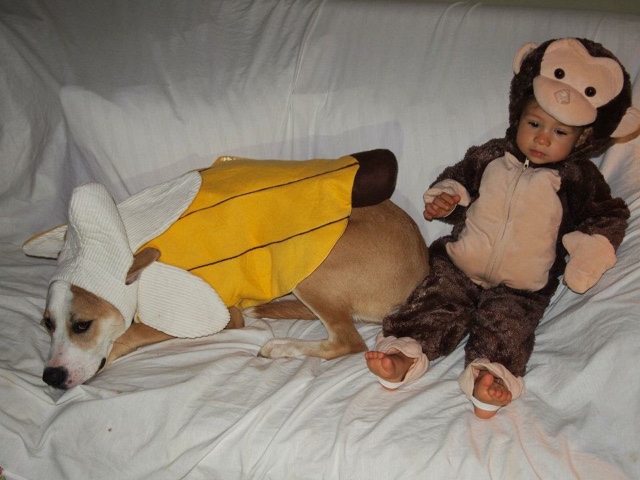 This is obviously the year my photoshop skills really took off.

Quinn was sick so we had to skip out on the trick or treating, but that didn't stop us from getting dressed up and eating handfuls of candy. 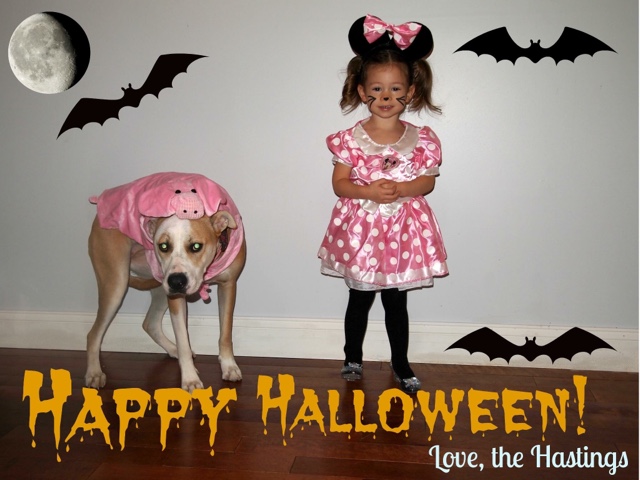 This was my favorite Halloween picture ever. Or three pictures, since there was no way I was getting that done in one shot. Reagan as a lobster absolutely slays me. And remember that cheap remark regarding costumes earlier? Yeah, that does not apply to the animals. 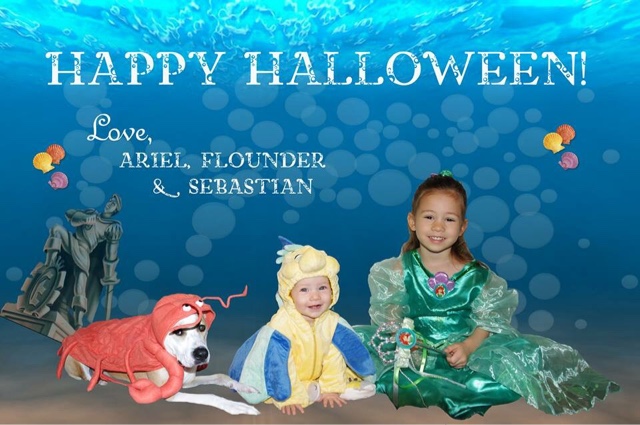 The Incredibles. The most hilarious day of my life. I had originally purchased red sweats for Anthony, but he felt it wasn't "true to the character" so he stole my red leggings and I had to borrow red ones from Jamie.  Watching him take Quinn trick or treating dressed like that was one of the best memories ever. I feel like I will be 90 years old in a  nursing home telling whoever will listen about my husband who dressed up as Mr. Incredible in red women's tights. 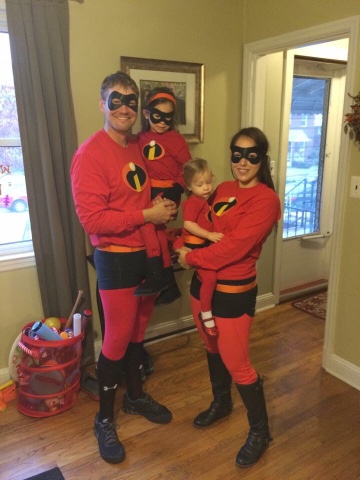 This year we are going with another family theme, but not as severe, thank goodness. We are going for comfort and found our "costumes" in the pajama section.