Well. My infant has decided to go ahead and keep growing and refusing to stay itty bitty like I want her to.

(Also, excuse the dark, unedited photos. I am far too sleep deprived for that) 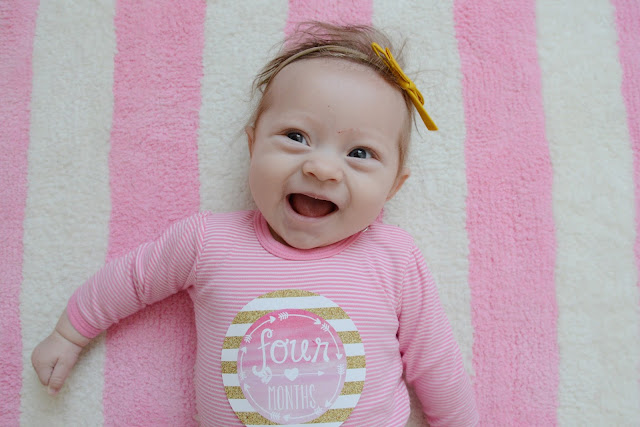 This month was a big one for littlest sister. We started rolling, back to belly and belly to back! 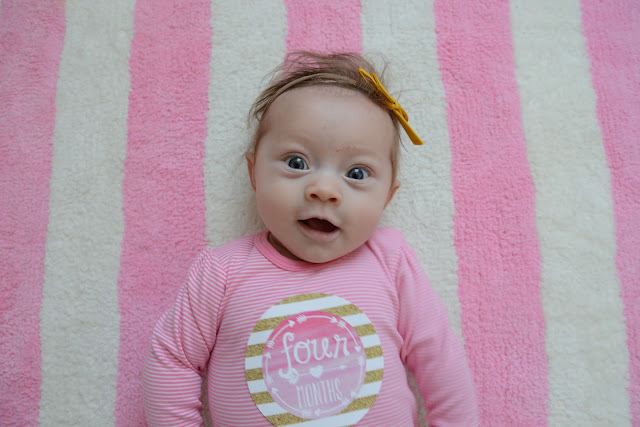 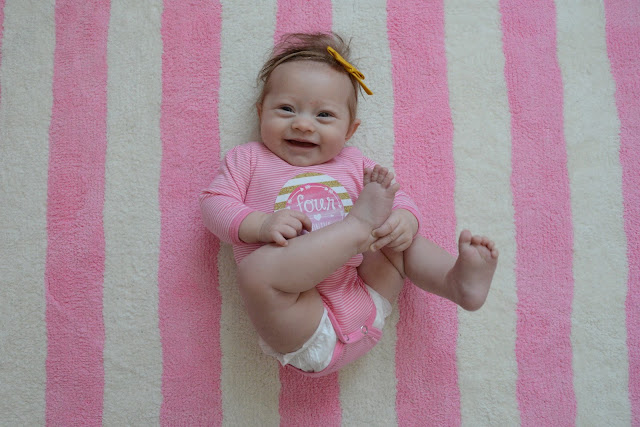 And the giggles. Oh, they are my favorite. My favorite part of her bedtime routine is changing her diaper and before getting her into her pjs we have a 10 minute tickle fest which is seriously the cutest thing in the world. Even if she is super exhausted (which she is almost always since we're having a hard time keeping her awake past 7), she always gives me so many laughs and giggles. 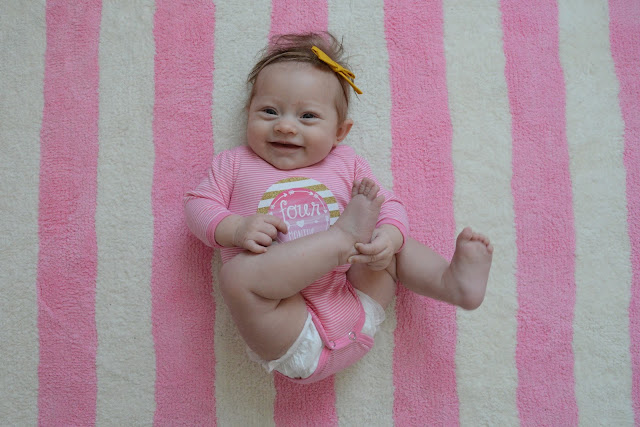 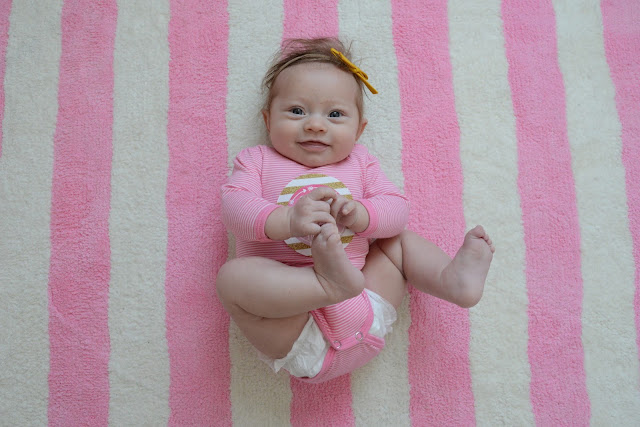 Grabbing her toes has become an obsession. 90% of the time she has those puppies in her hand! 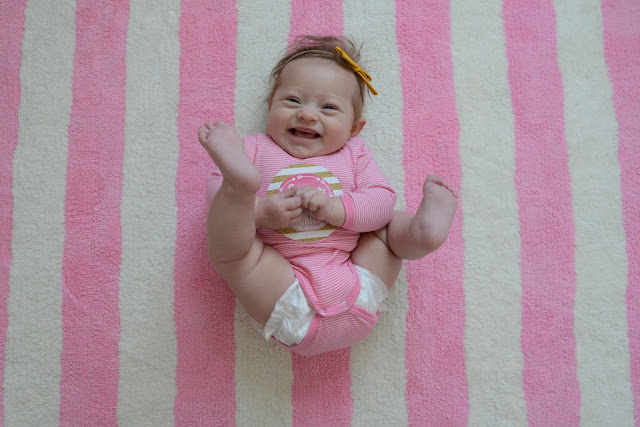 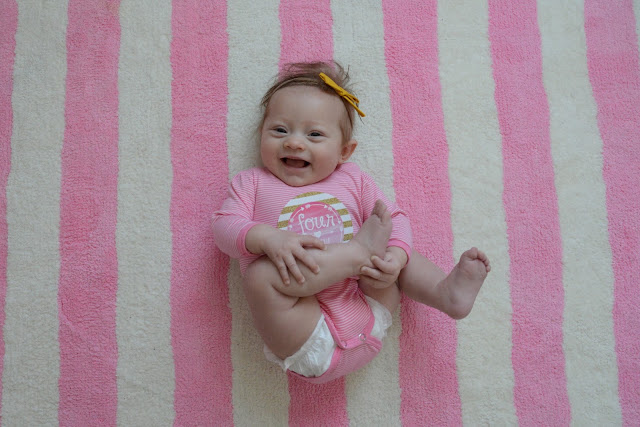 She had her 4 month appointment. And while everything looked good, she did dip in weight quite a bit. I don't know why there was such a huge dip, but I've been trying to nurse her in a quiet dark room ever since because I think she has just too much going on around this house to eat in peace. So hopefully that will help. She did shoot up in height though, so I am not too concerned, but we'll probably start solids in a month and see how she does with that. 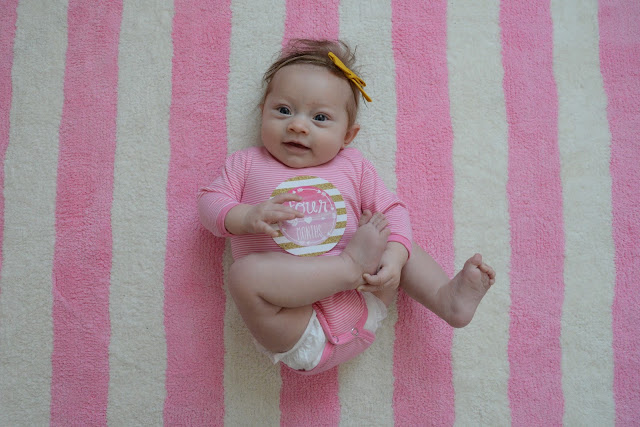 She has been sleeping in the Rock n Play since she was about a month a half, and as much as it pains me to say it.... she is definitely outgrowing it. She is a bit of a wiggle worm and likes to stretch out so I've been watching her get annoyed at the fact that she can't lay flat. She will arch her back and become so annoyed so wakes herself up. And while the thought of her not being in my room MAKES ME WANT TO SIT IN A CORNER AND CRY... I know I have to. We talked about putting her in the bassinet, but it seems kind of silly to add another transition. She naps like a champ in her crib, so I think I'm going to have to make the switch soon. Like today.

There's also the fact that she is a paci addict, so I will probably be up 89 times a night....but hey. It's all just a phase. Lord knows I was hit with how fast time goes when Harper was born, so I'm not going to sweat it!