Just like the rest I rest of the population my kids have been obsessed with Disney’s Descendants since it aired. So it’s no surprise we Mal, Evie & Uma were a given this year!

We all know mama loves herself some family costumes so obviously I found the cheapest pirate costume I could and Anth and I joined in the fun.

And as always.... #AshamedDog was included with a pirate costume of her own. 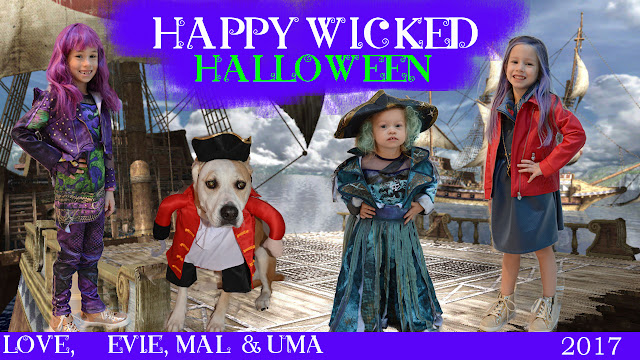 We started the festivities at the girls school where they do a parade and party. Harper had her party the day before so girlfriend got to enjoy her blue hair for a couple days! I was fortunate enough to lock down a sitter for Hazel so I could come and help out with the party. Every year I sign up to be a room mom and every year I wonder why I do it to myself. Ha! 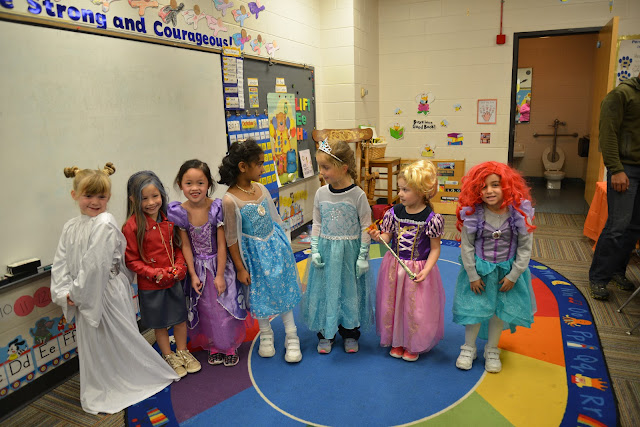 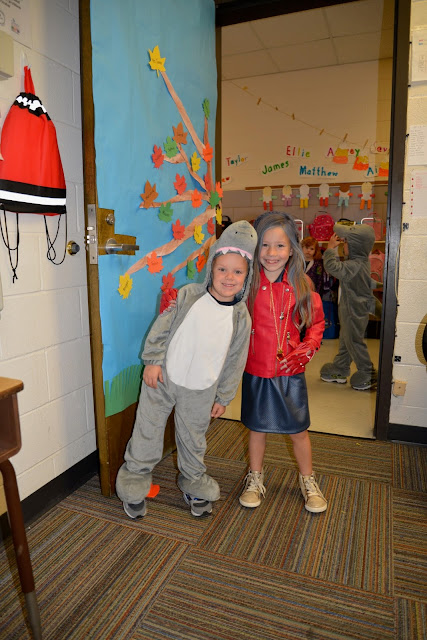 These two. I can't wait for the collage of photos we will no doubt accumulate by the time they get to 8th grade! 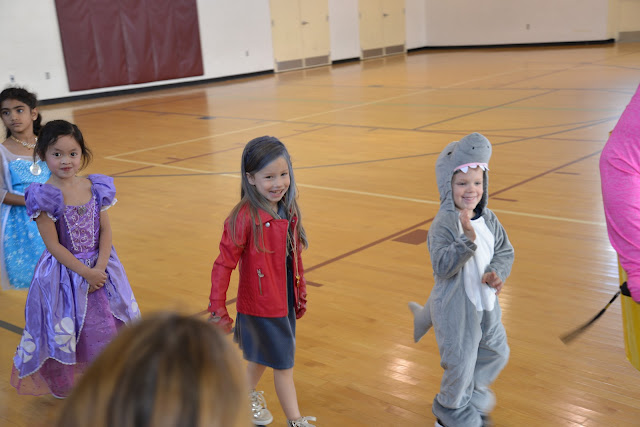 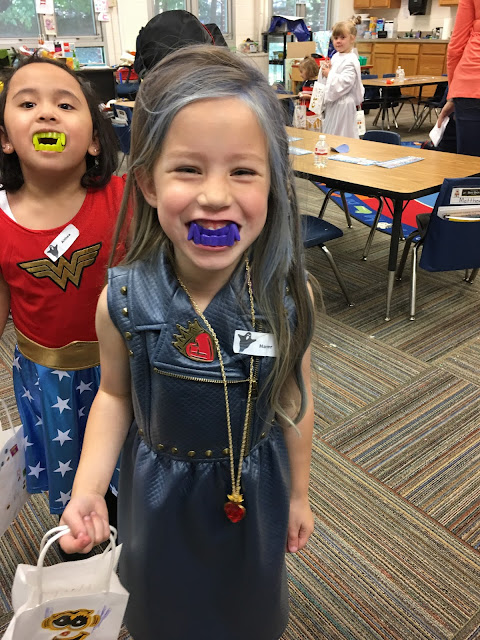 The next day Quinn had her parade and party and I only got to catch a quick iPhone pic since my camera died on me, but my little Mal and her ride or die were easy to spot! It is seriously the cutest thing to see all the kids dressed up in their costumes!

This quiet 20 minutes I was able to watch brought to you by the 67 fruit snack packets Hazel ate while being strapped down in the stroller. 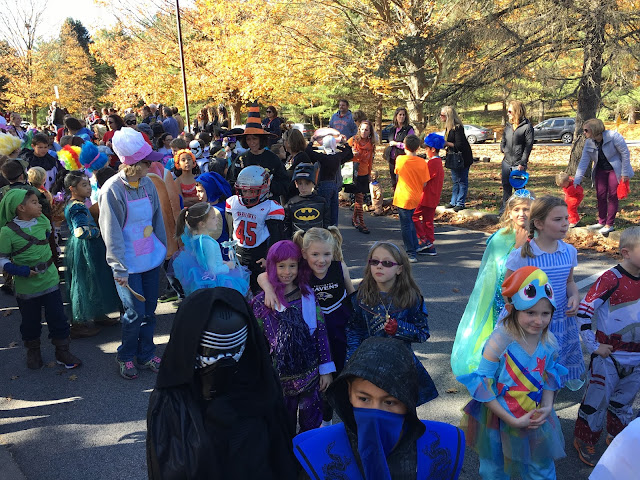 While it was an awesome day, it was also the most depressing because we couldn't do our annual Hurd Halloween since our little Maddie bug was sick! (Tess we will get that couch pic!) So we took advantage of actually living in a neighborhood and made our way to get all the candy.

We moved! Did I not mention that yet? About two months ago so I'm sure I'll get to a post on that by years end. 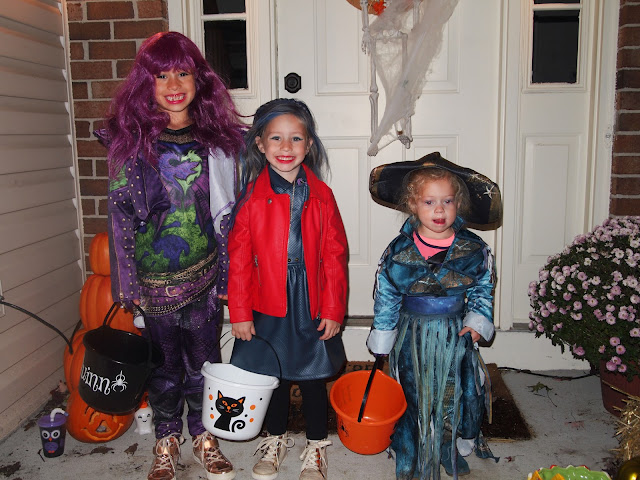 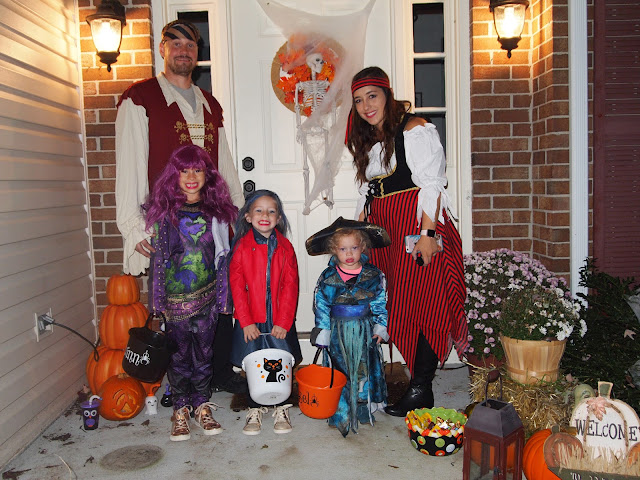 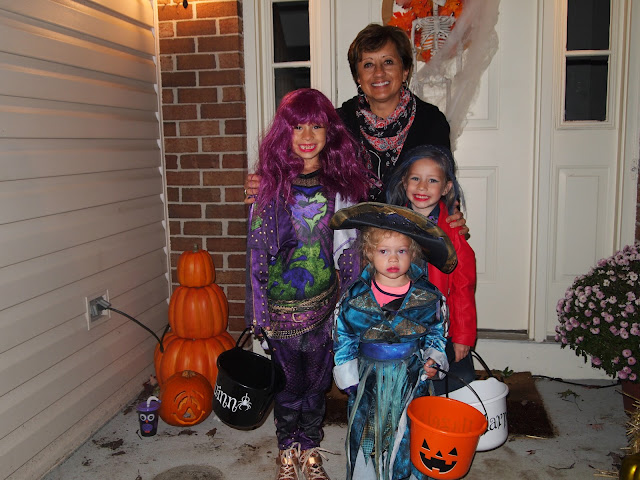 Hazel was obviously thrilled. It took about 20 houses for her to figure out: Get out of stroller, grab bucket, get candy. We had to keep unwrapping lollipops for her but she eventually got it! 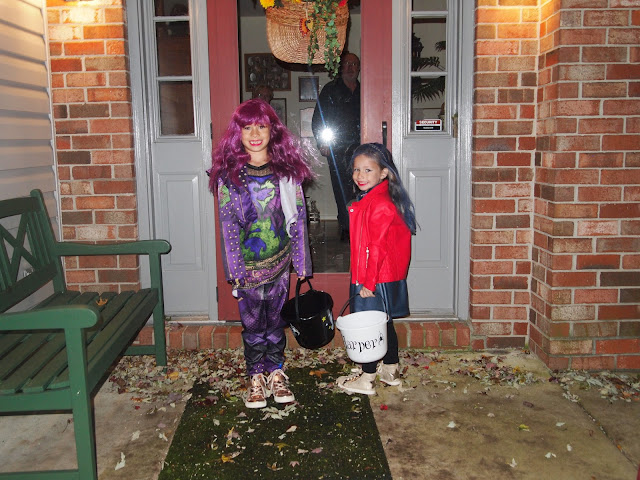 We live in a huge neighborhood thats slowly starting to get more new families in, but the good thing with being surrounded with original owners who are retired and love kids is that there are so many full size candy bars! That was by far mama's favorite part of the night! 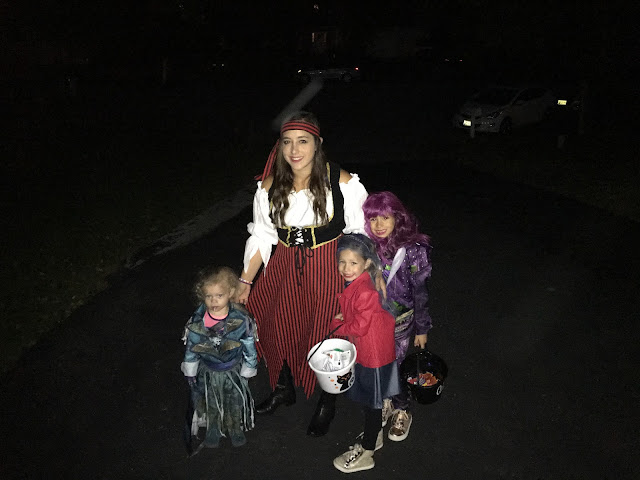 It was a fun filled day and I always get so sad when it's over but we are SO excited for Christmas this year! Our house is slowly coming along the girls are so pumped that we have a chimney for Santa to come down this year LOL.

Here's to another update soon! Fall has been kicking our butts between school starting, sports, moving... I'm excited for November and the slow down that it'll bring. Hopefully that means more updates soon :)